NetEnt has created another millionaire after player wins Hall of Gods™ jackpot. 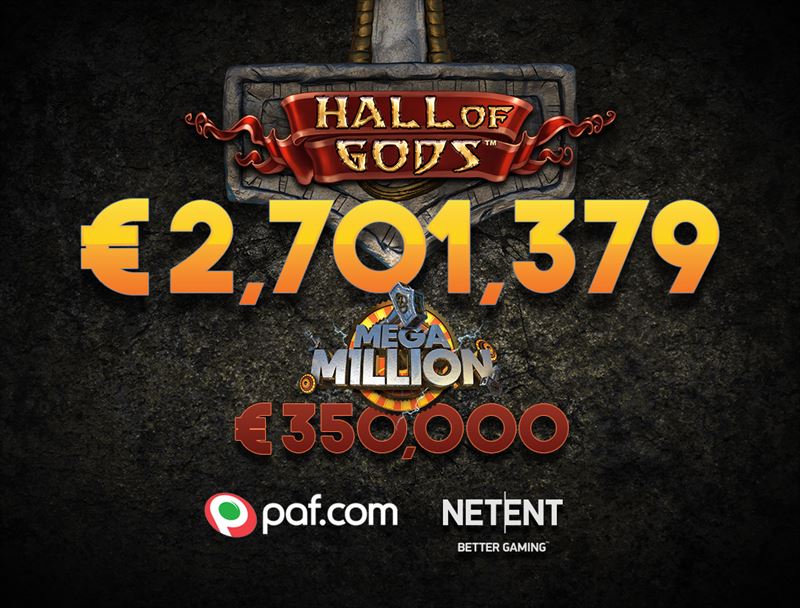 One lucky player in Finland scooped a pay-out of close to €2.75m from a mobile spin of just €2 while playing on Paf.com.

This adds to recent jackpots of €1.4m and €4.25m that were paid out to players via NetEnt’s Arabian Nights™ and Mega Fortune Dreams™ games respectively, taking the total of seven-figure prizes won on NetEnt’s games this year to eight.

In addition to the Hall of Gods™ pay-out, the lucky winner gets an additional €350,000 through the NetEnt Mega Million campaign. This campaign awards an additional sum of money to the winner of the Hall of Gods™ or Mega Fortune™ mega jackpot. Separate from the jackpot cash prize, NetEnt’s Mega Million campaign also offers players the chance to win €3,800 every day a match is played at this year’s World Cup in Russia.

Henrik Fagerlund, NetEnt Chief Product Officer, says: “We have another example here of how NetEnt’s games can change people’s lives, and the Mega Million campaign will give us even more chances to do just that.

“We have had three seven-figure jackpot wins this month alone and I am confident we will see more before the end of the year.”

Subscribe to our newsletter to be among the first to know the latest from NetEnt.

By clicking “Subscribe” I agree to having my e-mail stored and used to receive the newsletter. Please note that you can unsubscribe at any time using the link provided in the newsletters.

As an Evolution customer, you’ll get early access to everything you need

Your request is submitted successfully we will get back to you soon!